YiA Stalwarts Reflect On The Decade 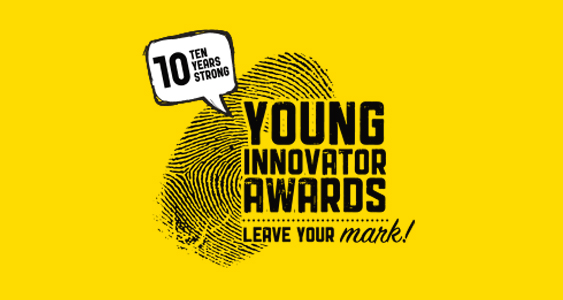 YiA stalwarts reflect on the decade

Over the last ten years, over 3,000 students have participated in the Young Innovators Awards – an initiative that would never have got off the ground without the key supporters who have been invested since its inception.

Ian Macrae, Lyn Parlane, and Blythe Rees-Jones were some of the crucial founding members of YiA. Ian’s mantra at the time was “let's just do it”, Lyn was running the show, and Blythe worked hard to encourage student participation. These incredible people are just some of those who helped to make YiA what it is today.

In our everchanging world, Ian believes innovation skills are vitally important to face the challenges that confront us. “Everything has a solution,” says the engineer and director of Page Macrae Engineering.

Ten years ago, Ian was a vocal supporter for creating YiA, realising the younger generation had fewer opportunities than he did, due to ever-growing lists of workplace compliance. The experiences and opportunities available in his youth aided the beginning years of his career because he was able to learn what he liked by doing, such as shadowing engineers.

Ian knew that Aotearoa’s future leaders were missing out on exposure to different industries so he, and what would be the founding YiA team, decided to change something. “Let’s just do it” was his mantra at the time, giving a strident push for the team to move forward.

Looking back, Ian is thrilled that students have the ability to be better prepared for the real world.

“The skills learnt by the youth who were involved with YiA, consist of problem-recognition abilities, innovative solutions, divergent thinking, and interactive learning; what our future leaders need.”

Ian is a logical man; he loves problems because it gives him the opportunity to solve them. He’s glad he was able to be a part of the formula to find a solution to this problem.

“Jill and Lyn [from Priority One Instep] have done a brilliant job,” he says, adding how glad he is to have seen the gradual evolution over the past ten years and be able to help celebrate each year’s winners.

Lyn has a long history in education, having previously been both a primary and secondary school teacher before working for Priority One Instep programme.

Lyn’s role with Priority One as an Instep Manager meant Lyn had the opportunity to work alongside key innovative business leaders and secondary schools within Tauranga/Western Bay of Plenty, to build a culture of innovation in schools from the ground up.

“Young people are our future workforce and the leaders of tomorrow,” says Lyn. “It’s my absolute passion to support our region’s youth to thrive and achieve – we need them to make a difference for all of us.”

Lyn shared her experience of having been a part of the “dedicated and passionate” team and how it reinforces the importance of collaboration in achieving success.

“It is such a feeling of satisfaction seeing young people apply their knowledge and skills to solve 'real world' challenges, as well as learning valuable life skills such as empathy, collaboration, and grit, along the way.”

With rapid and exponential technology growth, students need transferable skills to attain competitive advantage and be amongst the change of the world they will eventually inherit.

“By entering YiA, school students get a unique opportunity to get themselves and their ideas in front of some of our most successful local, national, and international businesses,” explains Lyn. “Students also get an insight into future careers that require innovation skills.”

Lyn’s is delighted her legacy in helping form YiA will continue to live on through success years of students. Her final piece of advice for young innovators: “don't be scared of 'failure' as this is when you learn the most”.

As an employee of founding partners Locus Research, Blythe has been involved with YiA since the early days, helping to champion what YiA stands and encouraging student participation. The approach he uses is to communicate directly to student through running workshops, as well as presenting in class and at assemblies.

Blythe was the first person to proudly wear his bright yellow YiA shirt at the top of the Empire State Building in New York, and idea which sparked a trend. YiA shirts have now reached all corners of the world since 2010.

“I really love what I do, and I owe a lot to those people who really encouraged me to follow my creativity from a young age,” says Blythe. “So, for me, it is about giving back, or paying this respect forward, to those who have helped me. It’s also about growing New Zealand.

“I believe ideas can change everything and I see helping our youth an important part of growing our nation – and our identity.”

He comments on the pride of having witnessed the progression of YiA over the years, stating “right now it's the students across the Western Bay of Plenty that benefit. Tomorrow, I hope it’s students from right across Aotearoa New Zealand, and the world?!”

“I would like to pass on a big warm thanks to everyone that has got in behind YiA over the years. All the creators, helpers, supporters, sponsors, speakers – and all the students who leaned in and gave it a go! It has taken a lot of passion and effort, and this programme is a great example of regional collaboration with widespread impact. Congratulations to you all on this 10-year anniversary!”